Here are some more details about each of our kids…

Kaden, our oldest, is obsessed with any kind of large machinery and also has many friends that he asks that we pray for several times throughout the day. He is extremely empathetic – he insists we pray when one of his siblings gets in trouble, he can somehow sense if one if us is in physical pain, and he comforts the babies when they cry. He watched the babies get shots the other day and sat their sobbing while saying, “Baby sissy boo boo. Baby sissy boooo boooo.” He cried harder than the babies. He is also by far the most talkative of our kids. He always has something to say and what he says is adorable.

Makyra just turned two at the beginning of June and she has a hard time getting a word in around her big brother. She is quieter and in general has a sweet disposition. She likes to give hugs and likes to play with stuffed animals. She is also quite a dancer. She has had a harder time getting used to sharing both her toys and her parents with the new babies. She likes to follow them around the house and say “no touch” when they’re about to touch her toys. 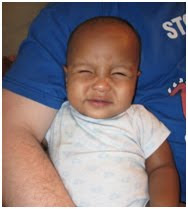 Elias will be 1 year old in July. He took a step toward me the other day so we think he will be walking soon. He looks longingly at the big kids as they run around the house, seemingly wanting to participate in their activities. Elias and Zoey both are very compliant and very good babies. Whenever I tell him “no”, he looks at me with his “squinty face.” My mom and I think he might be part Chinese but Dave thinks we’re crazy.

And lastly is little Zoey. We often call her Zoe-Flake, Zoe-Cone, Zoe-Gurt…the options are endless. This gal is little Miss Personality and she has stolen our hearts. She is absolutely a delight. Her smile can light up the room. She is a wirely little one – often we find her on top of Elias with him pinned to the ground while sucking on his pacifier (we’re working on being kind and gentle). She, like her brother Kaden, is pretty talkative. Kaden and Makyra were constantly sick up until about 6 months ago but Elias and Zoey have been incredibly healthy – such an answer to prayer. (Not to mention the scabies that Zoey brought to our home and spread around to our family for about 2 months).

And how are Dave and Stacey doing? Tired. Busy. Busy. Busy. We are literally running from sun-up to sun-down. Our lives consist of the kids, preparing to speak at churches about our ministry, involvement in pro-life ministries, spending time with friends, being mentored by a couple who are Bible-translators in Cameroon via Skype, studying Greek and Hebrew, going to prayer meetings, writing for pro-life and adoption blogs, and on and on and on. We love it all…but there is just a lot to love at this stage. 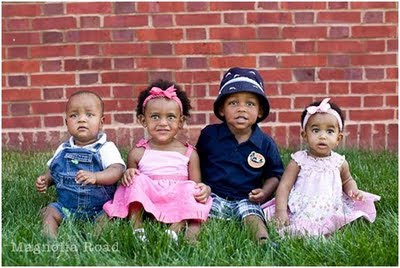 1 thought on “General Update on the Hare Family”