The following is my account of the stories of three Ethiopian. I wrote them down in my journal while I was in Ethiopia for our adoption court date.
Alazar and Ewenetu

“After taking Tarike back we went out to eat with Alazar (the driver for Celebrate Children International). He told me about how he became a believer. He was a driver at the airport and often would read his Bible in his car in between fares. He grew up in the Orthodox Church and could not reconcile the cold religion he grew up with and the Jesus about whom he was reading. An evangelist was making his rounds at the airport and seeing him in his cab reading the Bible and he shared the Gospel with him. He knew that what the evangelist said was true and accepted Christ.

He then shared this Gospel with his friend Ewenetu (director of the Resurrection House orphanage that has housed 3 of our children). Ewenetu was living the life of a gangster. Alazar said that those people who are religious have a much more difficult time trusting in Christ than those who lead overtly sinful lives. He told me that Ewenetu trusted in Jesus because he knew that he needed him. He needed forgiveness. And Alazar said Ewenetu changed dramatically, became a new man. This part was not hard to believe. Ewenetu is one of the most gentle men I have ever met and he and his wife have decided not to have children because they consider the orphans their children.
Sadly most of Alazar’s family is still trusting in dead orthodoxy. It is hard for the religious. They love religion more than Christ. But God has saved Alazar, Ewenetu, and Alazar’s brother and I told him we would pray hopefully for the rest of his family as well.”
Etsegenet

“I spent some time talking with Etsegenet (a worker at the 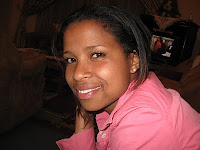 Grace Guest House where I stayed). Somehow we began talking about the last year of her life. She said everything had changed. She had trusted in Christ 7 years ago, but within the last two years she had met a man. He was not a believer and wanted “different things.” She said he wanted to go clubbing and she did not. He wanted sex and she did not. She said that she knew that he was darkness and she was light and there was a battle for her soul. But she realized that it was not worth it: she loves Christ more. So, she said goodbye, changed her cell phone number and has not looked back. She said she now feels fortunate because some people never trust in Christ and she has twice. God is definitely at work in Ethiopia.”

So, what is encouraging about these stories? I have been stunned every time I have been in Ethiopia by the boldness of these believers. They know that it is easy to distinguish between cold religion and relationship with Christ. Ewenetu told me on this trip that he always encourages churches to do more than just give money. He said, “Money did not change me. I did not change when I got a job. It was Jesus that changed me.” Etsegenet knew that she had to choose between sexual immorality and Jesus, she could not have both. These are not deep truths, but they are often truths that we forget and ignore. And yet this is Christianity and these Ethiopian believers are not willing to compromise. Another believer named Abat told me as we were looking at a large house, “This will not get you eternal life.” He wanted to make sure I knew that wealth is only of earthly benefit and I need to store up my treasures in Heaven. God gives wisdom to his children, and I pray that I can continue to learn from these bold African believers.